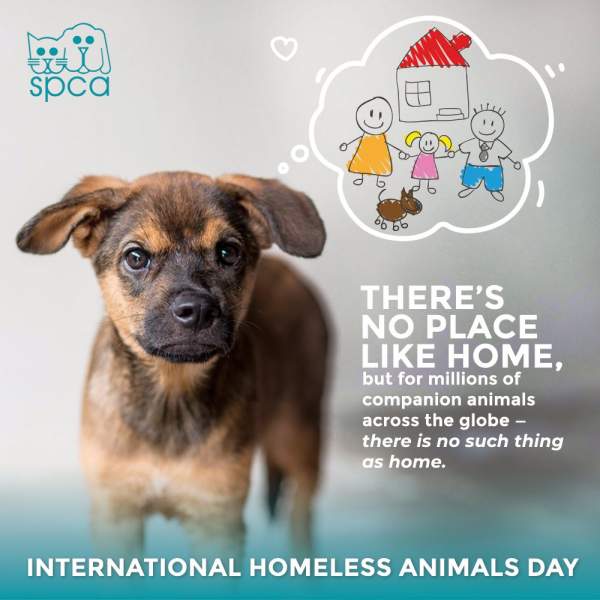 Today marks International Homeless Animals Day — IHAD was first thought of and commemorated by the International Society for Animal Rights in 1992 to bring attention to the overpopulation of dogs and cats, as well promoting neutering and adoption!
Every day they fight to survive on the streets. Homeless animals are easy targets for exploitation, cruelty, and abuse — and many succumb to injuries, illnesses and starvation.

WHAT YOU CAN DO:

1. Be kind to homeless animals, and encourage others to do the same

2. Rescue or foster homeless animals until they can be rehomed

3. Support your local rescue groups or animal shelters by donating or volunteering

4. Neuter your pet as well as the homeless animals in your area — this will prevent the births of millions of unwanted kittens and puppies in the streets in the long term!

5. When you are ready to commit to a pet, save one from the streets or adopt from rescue groups and shelters!

Working together, we can make a difference in both caring for the animals on the streets as well as reducing the amount of animals that are homeless in the long run!