Meeting with MoA and NGOs 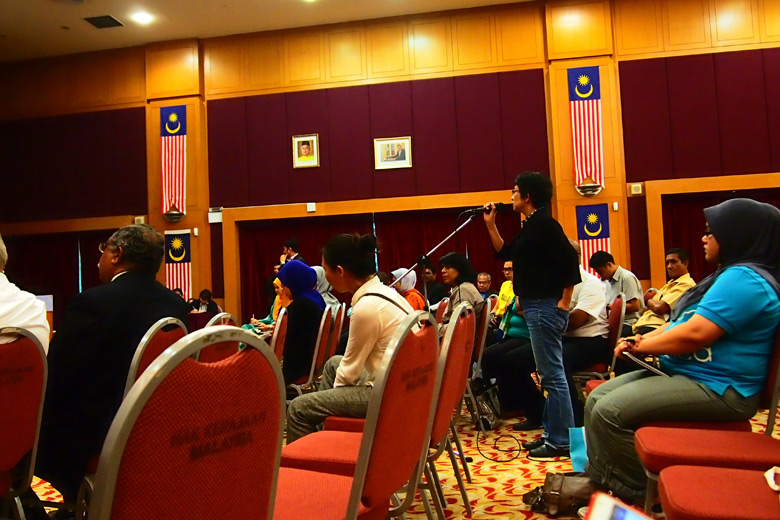 It was a fruitful session. Following the Welcome Speech by YB MOA, DDG of DVS Dato Kamaruddin outlined and explained the Scientific Approach to rabies elimination, histories and outcome.
It was pointed out that there is a need to increase the distance between street dogs. Mentioned that land area of Penang much bigger than the northern-most states. Before outbreak, Penang state has been much more tolerant of ‘strays’ as compared to Perlis and Kedah. Because of these two factors, culling has to continue.
Points of Note for Further Discussion by Committee (DVS & NGOs)
• That Community Pets/ TNRM-Dogs be included in the Vaccination Program. According to April -NGOs willing to put up Mobile Fenced Enclosures and Provide Proper Care and be Responsible for Them. Dr Ranjit said the Perak Government very willing to work with NGOs, recognizing that reflective-collared dogs are not to be caught. MOA/DVS open to idea.
• Dr Lim remarked that the discussion revealed that there are more parties at risk than once thought, hence there is a need to get these people protected by PEP. Request for MOA to put forward to MOH.
• Dr Lim also enquired as to the possibility to allow vets outside of the Immune Belt to administer Rabies vaccine (as the vaccines are inactivated form of the virus) upon request.
• Most NGOs understood the need for RPO and asked for the Animal Welfare Act be expedited and enforced. The source of strays being born from pets that are not neutered. Mandatory neutering would curb the problem.
It was explained:
• 95% of Rabies is spread to humans via dog bites
• Our natural body defence will not protect us from getting rabies. If not attended to promptly, fatality is 100%
• Last case was on 21 Sept 2015. A 6 months period is required to announced that the country is Rabies free, in accordance with WHO-OIE (Chapter 8.13.1)