Letter to The Editor: Poisoning and Culling of Stray Animals Ineffective and Cruel 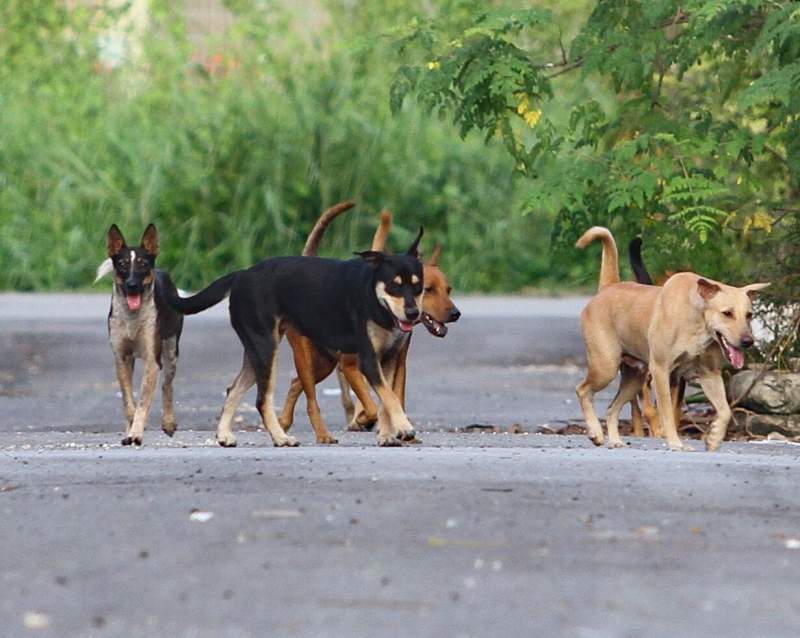 SPCA Selangor refers to an incident in which 20 stray dogs were found dead in Ipoh, and acknowledges the Ipoh Mayor’s clarification on 28 February that the Ipoh City Council workers had been at the Tasik Cermin Eco Park to bury the carcasses of the 20 stray dogs believed to have been poisoned by unknown individuals.

At the same time, more needs to be done to identify the culprits behind this incident and bring them to justice, mitigate and manage human and stray animal conflicts, and humanely bring the stray animal population in Ipoh under control.

The Ipoh City Council should encourage informants to come forward to anonymously provide information that could assist in the identification and arrest of the perpetrators, as poisoning of animals is an offence punishable by a fine, imprisonment, or both, under Section 31 of the Animal Welfare Act 2015. The indiscriminate and unauthorised poisoning of stray animals could harm other non-target animals such as birds, wildlife, and pets, and threaten human or environmental safety if toxic substances end up in water, soil, or the air. As such, the local authorities and PDRM need to treat all poison-related offences with the seriousness that they deserve.

Condoning disgruntled residents who carry out brutal acts of revenge against animals will result in ever-escalating acts of violence and cruelty towards stray animals, wildlife, and neighbourhood pets, and does not encourage civilised dialogue and the peaceful resolution of problems. For this reason, it is insufficient to merely advise residents to report the presence of stray animals to the City Council. The Ipoh City Council needs to clarify its plans to manage the stray animal population humanely.

All city and local councils should work with stray animal feeders and animal rescuers to identify hotspots where stray dogs are usually found or fed, have the dogs removed for neutering, put up suitable dogs for adoption, return neutered dogs to designated areas with collars and install signboards identifying the dogs as neutered community animals, and increase monitoring and maintain open channels of communication with residents in the event of reports of abuse and culling attempts.

We only need to look to science and statistics to see that the culling of stray and “pest” animals does not work. Culling, which is the mass killing of animals considered to be pests with the aim of reducing their numbers or completely eradicating them, is not merely cruel and unpopular and likely to be met with fierce resistance from the public, but also ineffective in the long run.

In Tasmania, Australia, the authorities trapped and culled feral cats from forested areas between 2012 and 2013. Although there was an initial drop in the feral cat population, within a short time the population was quickly replenished by newcomers who did not enter traps, and the number of feral cats eventually overtook the pre-culling numbers. An attempt to cull ferrets in Rathlin Island, UK, in order to protect seabirds and their nests met with a similar outcome, and the ferret population even doubled in size over pre-culling levels.

Wildlife biologists believe that the number of animals increase after a culling exercise because it upsets the power balance and removes the dominant animals, allowing other younger and less-dominant animals to enter the area, have access to food and resources, and eventually reproduce. Even if the local councils are prepared to continuously carry out trapping and culling operations to cull the number of stray animals to reduce the risk of a population rebound, there is nothing to stop new animals from being released into the area, as long as there are insufficient measures to deter people from breeding or abandoning their pets. Biologists and animal control experts also point out that reducing population numbers may not always reduce the impact of the problem, as most of the damage could be caused by just one or a few individual animals. Failing to identify and deal with the problematic individual animal will mean that the complaints of nuisance will continue, and other innocent animals will be needlessly killed or harmed.

To manage stray animal populations sustainably and humanely, we need to look at success stories from countries such as the Netherlands. In 2019, the Netherlands was declared the first country in the world without stray dogs. This was done through a nationwide, government-funded CNVR programme (Collect, Neuter, Vaccinate, and Return), combined with a increase in licensing fees for store-bought dogs to encourage people to adopt rescued and shelter animals instead, as well as the establishment of an animal police force to monitor crimes against animals.

Large-scale vaccination and trap-neuter-and-release (TNR) strategies have worked in many countries and cities around the world, including in the Netherlands, Turkey, Singapore, India, and Bali. Neutering and returning stray dogs and cats to their original colony also has the added advantage of reducing aggressive and territorial behaviour in animals, and this will result in a correspondingly lower number of nuisance complaints from residents about mating and fighting animals. A decrease in mating and fighting also means a decrease in injuries and disease transmission, and this will reduce health and safety risks to local residents and their companion animals. Governmental support for TNR programmes will also demonstrate to the public that local councils are committed to humane and non-violent ways of resolving problems. Animal protection organisations such as SPCA Selangor are always ready to assist and advise local councils and governmental authorities on TNR strategies.